Elements from mariachi, surf, country, indie rock and classic rock feed off of each other while taking turns in the spotlight through the average Bronson Wisconsin song. Yet the marriage between a folk song and the epic orchestration we find often in the hits of the 70’s, immediately followed by something washed and moody that, if played by any other band, might be mistaken for shoegaze, is anything but average. But this contrast is what seems to power part of the young and musically expanding mind of Bronson Taalbi.

Making up half of the acclaimed latin rock duo, Taalbi Brothers, Bronson is heard carrying over some of the more adventurous qualities that instrumental music tends to have as well. A song can morph into layers and reflections that can be interrupted by guitar frenzies and one locomotive of a drummer at just the right moment.

Madison’s La Follette High School orchestra class tune their instruments, preparing us for the title track on Bronson’s debut LP, Like a Storm. Over the next ten songs, the listener is immersed into unexpected settings. Elementary school when they lost your first crush. A lonely car at four in the morning driving through the Pennsylvania fog twelve hours from home. In their new apartment, dimming the bedroom lights and confronting their lover as they set their alarm for work in the morning. Indulge in the stories and let this careful collection of melodies and rhythms usher you into new yet vaguely familiar places you could spend eternity in. 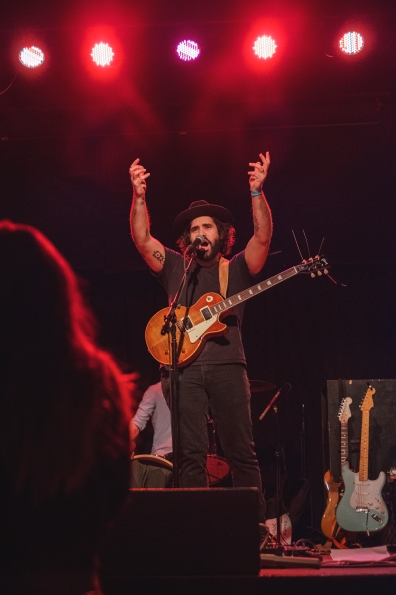 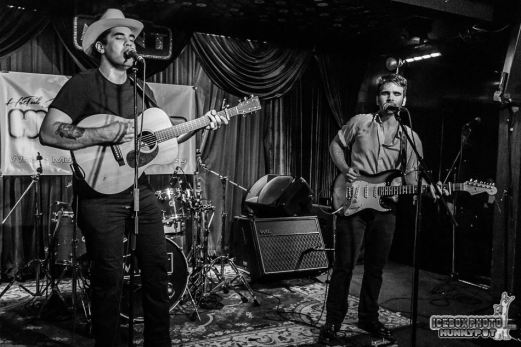 “Like a Storm is deep, meaningful, and touches one’s soul in special ways that keeps a listener engaged and coming back for more.”

“I could literally feel the emotions pouring out of Bronson’s amazing voice.”

“What you get in Bronson Wisconsin is honest songwriting, Midwest sensibilities, dressed up in Los Angeles style.  Keep an eye out for these guys as they are definitely going places.” – JOHN ANDERSON, ringmaster and CEO of Hunnypot Unlimited (a cutting-edge organization specializing in discovering and cultivating fresh music talent)

“In the vein of Alt-Country / Americana but definitely with some bite and some grit to it. Very earnest with a “salt of the earth” quality to it, it doesn’t hold back, and is very successful at steering clear of the overtly clean and faux americana that has taken over the ‘dad-rock’ radio market.” -KYLE KOHLER, (Stage Banter)

“Over the next hour, Bronson Wisconsin captivated The Pike faithful with 8 more amazing songs including two smoking covers, Neil Young’s “Rocking in The Free World” and a Delta Spirit’s, “Vivian”. Both songs were spot on vocally and guitarwork was unsurprisingly rock solid.  Killer way for Bronson Wisconsin to end their show in the LBC.” – MATTHEW BELTER (On Stage Review)

“For those who have yet to experience Bronson Wisconsin live, their stripped-down set is ultra-refreshing in a world where music is too often scripted and rehearsed.  I found myself captivated by Bronson’s heart-felt vocals and Preston’s amazing guitar skill, and left the show wanting to hear more from these uniquely talented brothers.” MATTHEW BELTER (On Stage Review)

“And if you listen closely to the lyrics and pay attention to their sound, you will hear some of Bronson Wisconsin’s major influences ring true within their music – Matthew Logan Vasquez’s vocal prowess and Richie Blackmore’s guitar genius.  Not bad role-models if you ask me.” MATTHEW BELTER (On Stage Review)